Arrested for possession of Meth in Galveston?

Having a proven meth charge defense attorney on your side can go a long way to limiting potential penal consequences related to criminal charges involving meth amphetamines. However, with Houston defense lawyer Tad Nelson is your corner, there’s a chance we can be the case in jury trial if we don’t get it dismissed during pre-trial.

With an effect on its user which is 5 times more powerful than cocaine, and far more addicting, the whole of the Galveston County criminal justice system has taken a strong stand against meth, and the people accused of being involved with the delivery, manufacture, and use of this dangerous illicit drug.

Consequences for Meth Convictions in Texas

Criminal charges for meth related offenses in Texas are always felony cases which guarantee a stiff penalty for anyone convicted in the court of law in connection with the drug. With meth being 5 times more powerful than cocaine, and having a chemical effect on it’s user that can last from 8 to 10 hours, crystal meth is considered a dangerous drug in Galveston, TX and is prosecuted as such.

The table below should add illustration to the criminal penalties that apply to anyone found guilty in the court of law for a meth related drug charge.

The criminal penalties for meth convictions are stiff. Meth related criminal offenses result in serious felony charges which are best litigated by an attorney with experience facing off against prosecutors in the Galveston County Courts, and working with drug court judges during drug trials.

The Nelson Firm’s Lawyers Can Help 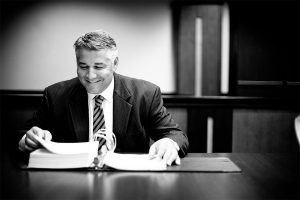 If you were arrested and accused of the delivery, manufacture, or possession of crystal meth, Galveston drug charge defense lawyers Tad Nelson & Amber Spurlock will provide an aggressive defense drawing from his years of experience fighting on behalf of people accused (wrongfully in some cases) of drug crimes involving meth.

It doesn’t matter whether you’ve been arrested for simple possession, distribution, or running a meth lab, attorney Tad Nelson may be able to limit or eliminate the possibility of you serving jail time altogether. Depending on the details of the arrest, and the result of the Law Offices of Tad Nelson & Associates’ investigation, we may even be able to beat the charge outright.

You can reach drug charge defense attorney Tad Nelson by calling our Galveston Island law office at 409-765-5614 or by sending us a message using our contact page.