A person can be charged for a theft or shoplifting related criminal offense for something as small as stealing food out of the grocery store, on up to a white collar crime involving the theft of millions of dollars. A good example of a white collar crime involving allegations of a theft on a massive scale can be found locally in what was once Enron.

The criminal penalties for a person convicted of a theft related criminal offense varies, and is generally based on the value of the goods or monies stolen. The Law Offices of Tad Nelson & Associates will provide an aggressive defense if you’ve been charged with shoplifting, burglary, motor vehicle theft, check fraud, federal bank wire fraud, white-collar criminal offenses, aggravated robbery, bank robbery cases, and any other criminal matter that you may need help with.

The Law In Texas

Under Texas law, theft is defined as taking another person’s property by either deception, or physical means without the consent of the owner. The spirit of the law is aimed at protecting value for the property owner.

If a person were to steal something, and sell it back to the owner or claim a reward for finding it, they can still be prosecuted for theft as if they still maintained possession of the property.

Penalties For Theft In Texas

Understanding Definition(s) of Theft in Texas

In the state of Texas theft charges are normally the result of shoplifting, bad or hot checks, general theft, and buying or accepting stolen property.

Shoplifting is defined as taking merchandise from a retailer in an attempt to avoid paying for the goods or services being stolen. This can also include switching price tags in a store, and paying for the item at a lower price during checkout and leaving the store.

A bad or hot check is defined as paying for an item with a check that doesn’t have the sufficient funding to support it. Galveston County Prosecutors find it easiest to get guilty convictions on bad check cases in which the check was written on a closed account. If the check bounced on an open account, the shopper has 10 days to reimburse the merchant, otherwise we must redefine the shopper as a defendant.

General theft is defined as taking the property that belongs to another without their permission. This can include going into a friends house and stealing small valuables, purse snatching, stealing cash, stealing food if you’re hungry, stealing data, or any other action that deprives the owner of said property value or discretion as to whether or not the person can move or take the property. Even accepting property that was stolen, when you know it was stolen, constitutes theft in the form of buying/accepting stolen property.

Accepting or buying stolen property is a serious criminal offense in the state of Texas. However, prosecutors have run into challenges when attempting to prove that a person in possession of stolen property was stolen during the time of the acquisition of said property. Even if it was a gift, and you know stolen, you can still be criminally charged for theft in the state of Texas.

Theft of services is another commonly prosecuted theft crime in Galveston, Texas. The crime is generally carried out using fraudulent financial information, such as hot checks or fraudulent bank account information, and normally occurs in the form of a labor theft.

A great example of Theft of Service can be found in a case where a League City woman hired an AC service technician, during the heat of the summer, to make a house call to repair her central air-conditioning unit.

The repair bill was over $1500 and she couldn’t afford it as the price of repair was far beyond what this young lady thought the repair fee would be. Rather than face the embarrassment of a not being able to afford the repair fee, she made the decision to pay the AC repair company with a check from a closed business checking account.

Needless to say, when the repair company got the check back from the bank as unpaid on a closed account, and subsequently failed to collect payment from the customer, the check was reported to the Galveston County District Attorney’s office and criminal charges were filed.

Although most people don’t believe the crime of theft of service is common, and/or don’t understand it, it happens more often than not in Galveston County, Texas.

Criminal offenses involving theft are considered serious crimes of moral turpitude. When you are accused of a crime involving theft it’s smart to fight these types of criminal charges hand, tooth, and nail.

To have a theft charge following you around, riding on your criminal records, is worse than a murder conviction. A theft charge, as far as leading indicators of a lack of morality, ranks right up there with crimes involving child molestation as far as how much it can limit your ability to live and prosper in the free world.

A theft on your record can cause a potential employer to assume you are not honest. You have to fight these types of charges.

If you’ve been accused of a theft or shoplifting related criminal offense in Galveston, attorney Tad Nelson will provide an aggressive defense for you in the court of law. 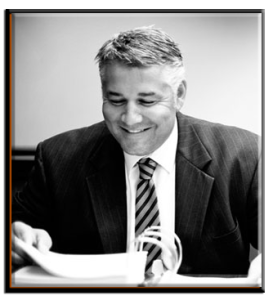 At the Law Offices of Tad Nelson & Associates you can expect your lawyer to take out the time required to conduct a competent investigation into the state’s claims against you as well as invest the time to understand you and how these allegations may impact you and your family, and the best way to fight’em.

Attorney Tad Nelson has practiced criminal law in the State of Texas from his offices in Galveston and League City for over 25 years.

He is a Board Certified specialist in criminal law litigation per the Texas Board Of Legal Specialization; a body sanctioned by the Texas Supreme Court to certified attorneys at specialist in 21 specific areas of law.

Not all attorneys in Texas are Board Certified specialist. In fact less than 10% of all practicing attorneys in the state of Texas have been certified by the Texas Board Of Legal Specialization.

With that in mind, you know that when you’re being represented by an attorney from the Law Offices Of Tad Nelson & Associates, you’re working with a highly competent law counselor/lawyer that’s most likely an expert in your field of need.